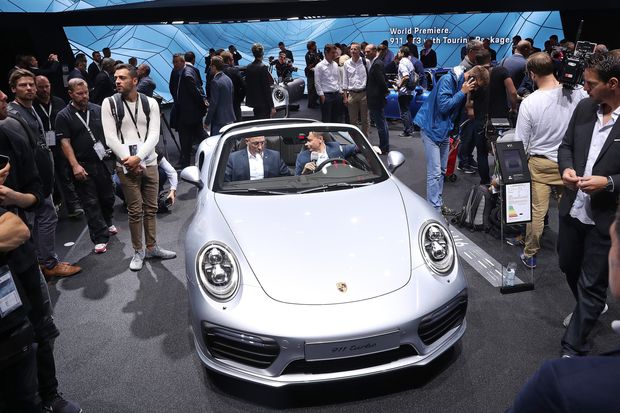 Eight months can be a long time in retirement planning.

The 59-year old CEO of megabank Citigroup C, -4.24% has just announced he is standing down, to be succeeded by fellow executive Jane Fraser (the first woman to run a major U.S. bank).

As recently as the start of the year, Corbat was expecting to receive a further $48 million in payments from the bank after he left. Those were in the form of company stock and “performance share units,” a cash payout tied to the value of the stock, according to the company’s filings.

Alas, there was a twist in the tale. Those values were “assuming that the Citi common stock price at December 31, 2019, remained unchanged through the final vesting date,” the company said.

Since then, about eight months has passed, and Citigroup’s stock has collapsed by nearly 40%.

It’s not clear exactly how much of those performance units will end up vesting, now that the stock is doing even worse than it was before, or when. Spokesman Brendan McManus tells us that these performance share units “are earned units based 50% on return on tangible common equity in 2022 and 50% on cumulative earnings per share over 2020-2022.”

So Corbat will have to wait for a couple of years to find out his total payout.

On the bright side, even if Corbat’s post-retirement payouts follow the stock, and are down to an estimated $31 million today, that would still enough before tax to buy a lifetime annuity for his retirement generating guaranteed income of $130,000. A month.

No, really. How’s your retirement coming along?

Naturally these future payouts will be just a fraction of the money he’s made during his eight years at the helm, let alone his 37 years in total at the bank.

A hunt through Citigroup proxy statements going back to 2012 show that Corbat’s aggregate “annual compensation” since he took over total about $140 million.

(McManus says this total isn’t the same as the amount actually paid. Each year’s total includes values of performance share units “at the grant date as determined in accordance with ASC 718, which take into account the probable outcome of the performance conditions,” he explains.)

Total Citigroup stockholder gains under Corbat: 50%, even including reinvested dividends.

The U.S. financial sector over all during the same period? Try 130%, says FactSet.

A FactSet screen shows Citigroup stock has done worse than three quarters of the members of the S&P 500.

To be fair, the bank in 2012 was still reeling from the catastrophe of the financial crisis, which had caused a staggering 98% collapse in its stock price a few years earlier.

And on Corbat’s watch tangible book value per share, for example, has risen about 40%.

Some $140 million may or may not be a lot for running a major bank. After all, we are not communists.

But we are capitalists, and it’s pretty generous pay given how well, or badly, Citigroup stockholders have done during the same period.

Lucky for Corbat that, according to company filings, nearly half his total compensation was in cash, rather than in the bank’s mediocre stock. Let’s hope that, after taxes, he invested the remainder in something…er…better than Citigroup. There were plenty of options to choose from.

What Comes Next for Ecommerce and Digital Retail?