Home /
Business /
Markets /
Commodities Corner: Why the wheat market ‘got ahead of itself’ when prices touched a nearly 4-year high

Commodities Corner: Why the wheat market ‘got ahead of itself’ when prices touched a nearly 4-year high 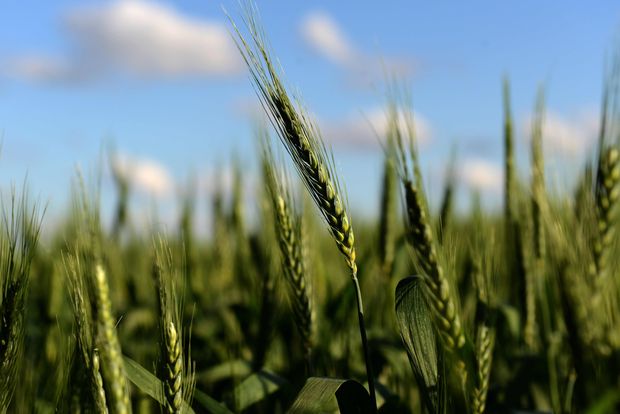 Wheat futures this month reached their highest prices in nearly six years as dry weather threatened global supplies, but some analysts urge caution with months to go before the harvest.

Dry weather in Russia, which is the world’s largest wheat exporter, and a drought in the western U.S. have raised concerns about the “possibility of lesser production in 2021,” says Todd Hultman, lead analyst at commodity information and analysis provider DTN.

Even before the weather concerns emerged, the U.S. Department of Agriculture was already estimating U.S. ending stocks for soft red winter wheat at 108 million bushels for the 2020-2021 marketing year, which would be the lowest in six years, Hultman says. Tighter U.S. supplies of soft red winter wheat, which are typically used in cakes, cookies, flat breads and crackers, along with weather concerns have “put traders in a more bullish mood looking ahead to 2021.”

Rainfall since July 15 in eastern Ukraine, however, was at a “meager” 25% of normal, and since Aug. 5, rainfall totals across many key Russian winter wheat areas are the lowest of the past 30 years, according to a USDA weather and crop bulletin released on Oct. 20.

In the western U.S., the National Weather Service expects “widespread drought conditions” to expand into the Southern U.S. Plains and intensify over the next few months, says Hultman. In Argentina, which is among the world’s biggest wheat exporting countries, the wheat crop is also dry, and rated poor to very poor by the Buenos Aires Grain Exchange, he says.

China has a “big need to increase grain imports,” in part due to a crop shortfall this summer in corn and soybeans” because of flooding, and also worries about Covid-19 and the possibility of another trade war,  says James Roemer, Weather Wealth Newsletter author at commodity-trading advisor Bestweatherinc.com.

Still, “there is no global shortage of wheat at this time,” says Hultman. The USDA raised its projections on 2020-2021 world wheat ending stocks by 2.1 million tons to 321.5 million tons—a record, citing Russia for the increase. Russian wheat production was expected to rise by 5 million tons to 83 million, the second largest crop on record, according to an October USDA report.

When the Northern Hemisphere plants wheat in the fall, it goes “dormant” in the winter, and regrows again in the spring. To some extent, the wheat market “got ahead of itself” with its price rally, says Roemer. Longer-term, however, due to the dry conditions that often accompany the La Niña weather pattern, higher wheat prices are possible if dryness continues in Russia and the U.S. has crop issues next spring, he says.

Hultman, meanwhile, emphasizes that traders need to understand that the recent rally in wheat is “largely based on weather and wheat prices don’t usually show much movement when the Northern Hemisphere is in winter.”

The dry stretch of weather in Russia is “a legitimate threat to 2021 production, but we still have many months of winter before we find out how this new crop will emerge in the spring.”

Outside the Box: Women are feeling the brunt of...

NewsWatch: The stock market is overvalued,...