Home /
Business /
Markets /
Deep Dive: As SpaceX sends Americans into orbit, investors can take this ETF to a new frontier

Deep Dive: As SpaceX sends Americans into orbit, investors can take this ETF to a new frontier

If you’re an investor who doesn’t want to miss out on the next big trend, you had better pay attention to what’s going on in space.

When people think about the space business, they may be excited by the prospect of the U.S. finally regaining the ability to send people into orbit. That’s a matter of pride. NASA and SpaceX are scheduled to launch two astronauts into Earth’s orbit Saturday at 3:22 p.m. ET. Elon Musk, CEO of electric-car maker Tesla TSLA, +3.62%, also is CEO of SpaceX, which isn’t publicly traded.

More on the mission:SpaceX set to launch U.S. astronauts into space

Many investors don’t take space seriously, despite watching technological developments lead to incredible growth for so many companies, and their shareholders, over the past several decades.

Analysts at Morgan Stanley expect the space industry’s annual global revenue to exceed $1 trillion a year by 2040, from the current estimate of about $350 billion.

The SPDR S&P Kensho Final Frontiers ETF ROKT, -0.55% “seeks to cover all aspects of what space exploration can be,” according to Matthew Bartolini, the head of SPDR Americas research at State Street Global Advisors.

An explanation of ROKT’s passive strategy is below. Here’s a list of all 24 of the ETF’s holdings as of the market close May 28:


You can click on the tickers for more about each company.

The SPDR S&P Kensho Final Frontiers ETF tracks the S&P Kensho Final Frontiers Index. Kensho was acquired by S&P Global Market Intelligence in 2018. Kensho created the natural-language algorithm that scans companies’ filings to identify which ones should be included in the index. The screening not only looks for key words, but also for their placement to make sure industry selections are appropriate. 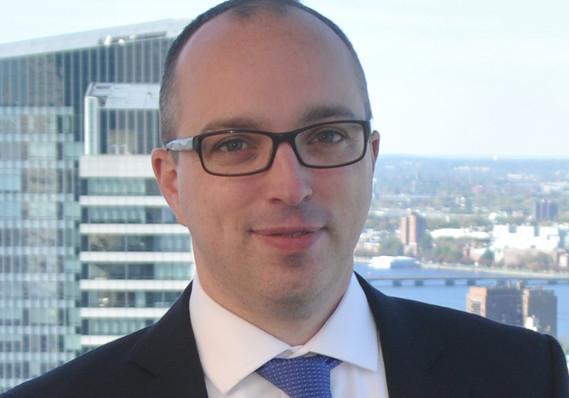 Bartolini explained that after the screening, the index is “built by overweighting the core companies,” such as Boeing Co. BA, -2.65% and Lockheed Martin Corp. LMT, -1.91%, “which are very much involved in space exploration.” The index, and the ETF, place a lower weighting on what Bartolini calls “ancillary plays” such as Ball Corp. BLL, +1.22%, which makes packages used for aeronautical food and beverages.

So the ETF’s portfolio is meant to be “expansive and exhaustive,” Bartolini said.

The fund is rebalanced twice a year, with core stocks making up 60% of the portfolio, equally weighted, while the remaining 40% is in the ancillary stocks, also equally weighted.

“There will be some drift due to market performance,” Bartolini said, pointing to Ball Corp.’s outperformance and the painful decline in Boeing’s shares.

He added that ROKT’s weighting approach might be better than traditional weighting by market capitalization, because it captures “the diversified space, while lowering concentration risk.”

In November, I reviewed the Procure Space ETF UFO, -1.51% and was surprised to see it was heavily invested in the broadcasting, cable/satellite TV, telecommunications and telecom-equipment industries, which now make up 67% of that portfolio, according to FactSet. (You can read about UFO here.)

In contrast, 64% of the ROKT ETF comprises aerospace and defense companies, according to FactSet.

This isn’t to say one ETF is better than the other. After all, UFO is focused on businesses that use satellites in orbit. Then again, the use of satellites doesn’t necessarily mean you have a cutting-edge business. Dish Network’s DISH, +1.49% pay-TV subscribers were down 6% year-over-year through March 31.

30 Kitchen Products That May Make You Think,...

Market Extra: Why is the U.S. stock market...

Fox News: Some GOP operatives are wondering if Trump will drop out
3

McConnell: "We must have no stigma, none, about wearing masks"
4