Home /
Business /
Markets /
: Diageo introduces the first ever alcohol-free Guinness — just what you need in lockdown

: Diageo introduces the first ever alcohol-free Guinness — just what you need in lockdown 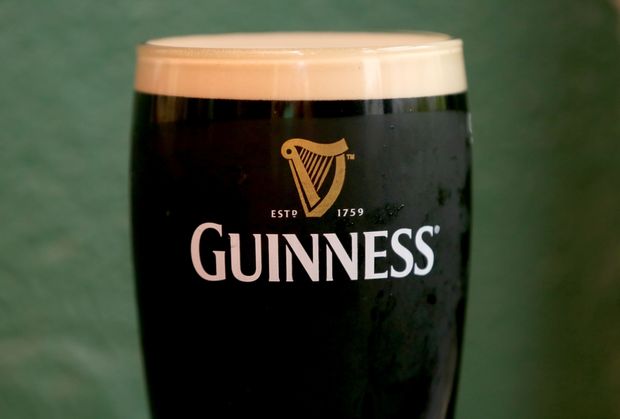 According to the brewery, Guinness 0.0 is created by brewing Guinness as normal before removing the alcohol through a cold filtration method.

Ireland’s iconic stout and one of the world’s most popular beers is now available without alcohol, allowing revelers to enjoy Guinness without the worry of a cloudy head.

Launched on Thursday after four years of laboratory innovation at the St. James’s Gate brewery in Dublin, Guinness 0.0 is the first alcohol-free version of the popular beer.

The new brew is also a low-calorie option, with a standard can containing 70 calories compared with the regular stout’s 177 calories per can. It will be rolled out in the U.K. and Ireland.

“The launch of Guinness 0.0 highlights our long-held commitment to innovation, experimentation, and bravery in brewing, harnessing the power of our brewers and our ingredients, to create an alcohol-free beer that is 100% Guinness but 0% alcohol,” said Gráinne Wafer, the global brand director of Guinness.

According to the brewery, Guinness 0.0 is created by brewing Guinness as normal before removing the alcohol through a cold filtration method.

“The cold filtration process allows the alcohol to be filtered out without presenting thermal stress to the beer, protecting the integrity of its taste and character,” Guinness said.

Following the alcohol extraction, the brewers then “blend and balance the flavors to ensure the distinctive flavor profile and taste characteristics of Guinness.”

Guinness has previously produced some non-alcoholic products under its brand, including a lager still available in Ireland and a malt-based non-alcoholic drink that used to be available in Indonesia. However, this is the first alcohol-free version of its flagship brew.

“We know people want to be able to enjoy a Guinness when they choose not to drink alcohol without compromising on taste, and with Guinness 0.0 we believe they will be able to do exactly that,” said Wafer.

Guinness was founded in 1759 and is one of the world’s most popular beer brands. It is brewed in almost 50 countries and available in more than 150.

Read: What a second COVID wave will do to liquor sales in the festive period

Matthew McConaughey Is So Serious About Not...

U.S. troops in Syria mark Thanksgiving with kebabs and soccer