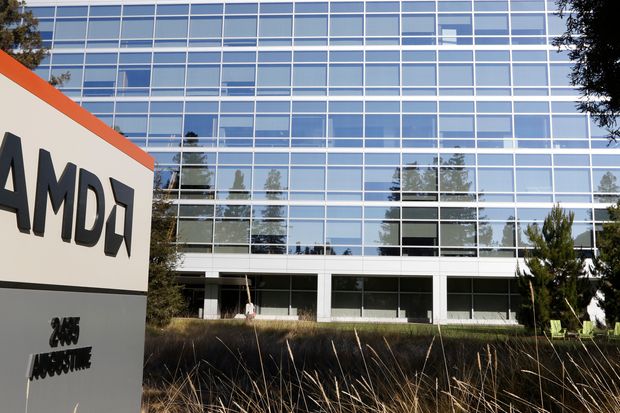 Advanced Micro Devices Inc. is expected to repeat its story of gaining at the expense of larger rival Intel Corp.’s woes when it reports earnings.

AMD AMD, +3.19% is scheduled to report earnings on Tuesday after the market closes. AMD follows on the heels of Intel Corp.’s INTC, -10.57% results, which were met with concern and a more than 10% share drop Friday.

It’s still unclear whether AMD plans to buy chipmaker Xilinx Inc. XLNX, +3.34% for an estimated $30 billion, following a report earlier in the month, although many analysts are skeptical of the deal. Still, AMD spent most of the quarter and beyond rolling out new products such as PC chips like the Zen 3.

Earnings: Of the 34 analysts surveyed by FactSet, AMD on average is expected to post adjusted earnings of 35 cents a share, up from the 31 cents a share expected at the beginning of the quarter. Estimize, a software platform that crowdsources estimates from hedge-fund executives, brokerages, buy-side analysts and others, calls for earnings of 37 cents a share.

Revenue: Back in July, AMD predicted third-quarter sales of $2.45 billion to $2.65 billion, while analysts on average had forecast revenue of $2.31 billion at the time. Now, 33 analysts, on average, expect revenue of $2.56 billion, up from the $1.8 billion reported in the year-ago quarter. Estimize expects revenue of $2.59 billion.

What analysts are saying

Mizuho analyst Vijay Rakesh, who has a buy rating on AMD, said he expects AMD to gain more share from Intel in the enterprise and cloud markets, while expanding its hiring.

B of A Securities analyst Vivek Arya, who has a buy rating on AMD, said that he expects a “solid” PC, gaming demand and data center recovery to power the company’s results, with its upside only capped by supply at Taiwan Semiconductor Manufacturing Co. TSM, +0.11%, AMD’s chip fabricator.

Susquehanna Financial analyst Christopher Rolland, who has a positive rating on AMD, sees the company catching part of a PC and gaming surge in 2020 along with competitor Nvidia Corp. NVDA, +1.71%

Of the 39 analysts who cover AMD, 15 have buy or overweight ratings, 21 have hold ratings and three have sell ratings, with an average price target of $81.31, just below Friday’s close of $81.96.

: Trump rolls back efficiency standards for...