Europe Markets: European stocks inch up, while U.S. futures fall on virus news and spending spat between Fed and Treasury 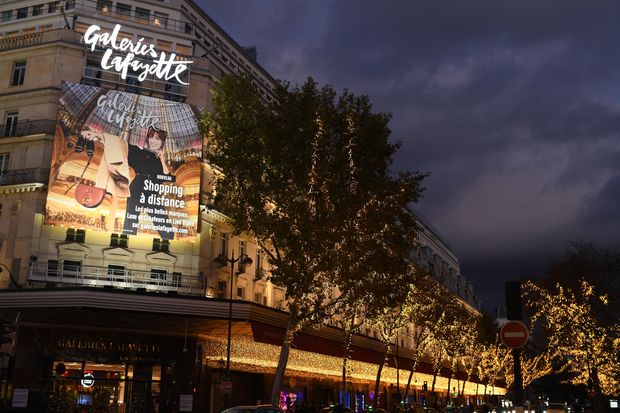 European stocks inched higher on Friday, while U.S. equity futures pulled back as investors weighed up a mix of coronavirus updates and a rift between the U.S. Treasury and Federal Reserve over ending emergency lending programs.

But stimulus-deal optimism was overshadowed after Treasury Secretary Steven Mnuchin on Thursday declined to extend emergency loan programs that were set up with the Fed and due to expire at the end of the year. The Fed voiced its objection in a statement that followed, displaying a rare public rift between the two.

Mnuchin also asked the Fed to return the unused funds to the Treasury so that they could be reappropriated.

The disagreement comes as the U.S. battles out-of-control infection rates, with California imposing a new curfew, and the Centers for Disease Control and Prevention has advised against travel for next week’s Thanksgiving holiday.

In a setback for virus treatments, a World Health Organization panel recommended against doctors using biotech Gilead Sciences’ GILD, -0.44% drug remdesivir to treat coronavirus patients, saying it “has no meaningful effect on mortality or on other important outcomes.”

There was some upbeat news for Europe, though, after European Commission President Ursula von der Leyen reportedly said on Thursday that drugmaker Pfizer and its partner BioNTech and biotech Moderna’s COVID-19 vaccine candidates could receive conditional marketing authorization by mid December. Reuters reported that the EU could pay over $10 billion to buy doses of vaccines from Pfizer and BioNTech and German biopharmaceutical CureVac CVAC, +0.75%.

Still, Hans Kluge, the WHO’s Europe director, warned on Thursday that the continent faces a difficult six months ahead, with the region accounting for 28% of global cases and 26% of deaths. That is as EU leaders failed to progress on a mega stimulus package on Thursday that has been stalled due to a veto by Poland and Hungary.

And Brexit trade talks were suspended for a “short period” after a member of EU chief negotiator Michel Barnier’s team tested positive for COVID-19.

On the data front, retail sales in the U.K. rose in October for the sixth consecutive month, despite a surge in infections.

Among stocks on the move, shares of Sage Group SGE, -13.18% tumbled 11% after mixed results from the multinational enterprise software group.

“Despite strong revs growth, higher investments and £17 million of bad debt provisioning has invariably resulted in a weaker performance in org. operating profit,” said a team of analysts at Jefferies led by Paul Kratz, in a note to clients.

Build Your Winter Aesthetic, Discover Which...

Tax Guy: 6 tax moves to consider before the end...

Russia claims it chased off a U.S. warship with a "ramming" threat
5