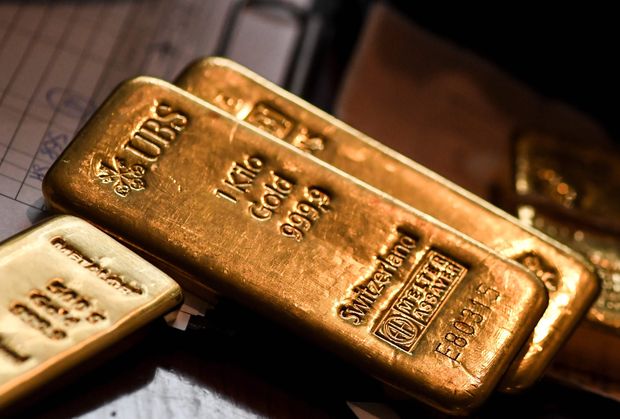 European stocks and U.S. futures made gains early on Wednesday, despite a concoction of risks sending gold GOLD, +3.58% above $2,000 an ounce for the first time in history.

A raft of positive earnings, including from German bank Commerzbank, and further signs of an economic recovery in the form of positive data, helped stocks higher while investors awaited a fresh U.S. stimulus package.

Business activity in the eurozone returned to growth in July, albeit slightly below economists’ expectations, with especially strong growth in France and Germany, according to the closely followed purchasing managers index. Spain and Italy also recorded renewed growth despite recent signs of spikes in coronavirus cases. Growth in China’s services sector slowed in July from the decade highs of June but continued to expand.

Despite the tentatively positive data, rising coronavirus cases around the world and escalating tensions between the U.S. and China over videosharing app TikTok created enough uncertainty for gold prices to surge. The precious metal climbed to new highs overnight, with gold futures GOLD, +3.58% reaching $2,050 and spot gold trading at $2,031 around the European open.

“While the markets continue on a cautious recovery path, the big move for gold through the $2,000 per ounce threshold is a reminder of the lingering fears over coronavirus and geopolitical tensions linked to China,” AJ Bell investment director Russ Mould said.

The U.S. and China have agreed to high-level talks on Aug. 15 to assess Beijing’s compliance with the bilateral trade deal signed earlier this year, The Wall Street Journal reported.

Commerzbank CBK, +4.23% stock climbed 4.7%, after Germany’s second biggest bank beat expectations with a 21% fall in profit to €220 million ($260 million) as it managed to lower its cost base in the second quarter.

BMW BMW, -2.89% stock slipped 3%, after the German automobile maker posted a €666 million loss in the second quarter as the pandemic hit car sales.

What Are The Wegmans Products You Can't Live Without?
4

Mark Hulbert: Hope to retire someday? See if you can answer these six simple questions