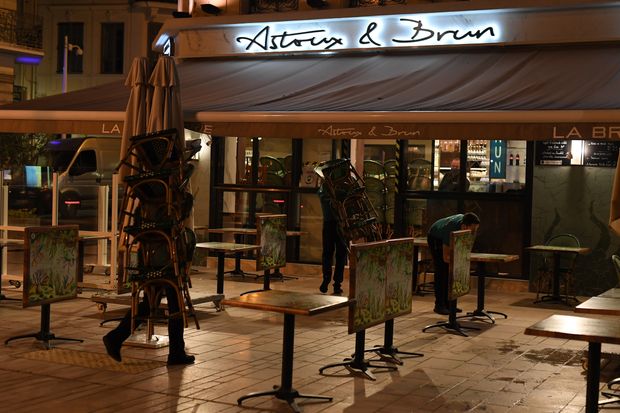 Employees close a restaurant terrace under curfew in Cannes, France, on October 25, 2020.

France became on Sunday the European country worst hit by the coronavirus second spike, which hit the continent and the U.K. over the summer with unexpected intensity. The local and regional lockdowns proliferating in most countries now threaten the region with another devastating economic blow.


The outlook: Lockdown fatigue is triggering protests throughout Europe against the severity of the new measures, as the second spike of the virus is about to end the swift summer economic rebound. But the task of governments will become even harder if they cannot show rapidly results for the new restrictions — in the form of a major pandemic slowdown.

In any case, they will have to devote even more resources to counter the economic impact of the potent second wave, even though they have barely begun to make up for the massive lost output in the first half of the year. Avoiding a new devastating recession next year will come at the price of more fiscal spending, and a rising debt load.