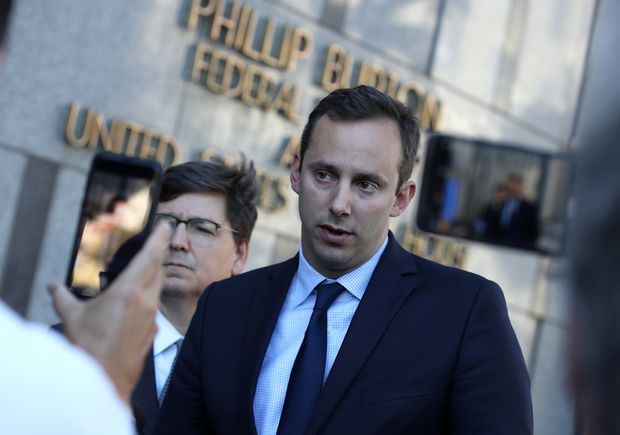 Former Google and Uber engineer Anthony Levandowski gives a statement to reporters after a court appearance in San Francisco in September 2019.

One of Silicon Valley’s most prominent trade-secret cases in recent years came to a close Tuesday, as former Google and Uber engineer Anthony Levandowski was sentenced to 18 months in prison.

Levandowski, who worked on autonomous-vehicle technology at Google’s Waymo, agreed to a deal in March, pleading guilty to taking thousands of files from his former employer when he left in 2016 to start the self-driving truck company Otto, which months later was bought by Uber Technologies Inc., where he became the head of its self-driving unit.

Levandowski was a pioneer in robotic vehicles, and was accused of stealing top-secret technology from Waymo including lidar, a key sensor for self-driving vehicles. Uber denied it knew about or benefited from the stolen documents, and eventually fired him.

Levandowski had sought a sentence consisting of home confinement, a fine and community service, but U.S District Judge William Alsup in San Francisco said Tuesday that home confinement would give “a green light to every future brilliant engineer to steal trade secrets. Prison time is the answer to that.” Prosecutors had sought 27 months in prison.

His prison sentence will be delayed until after the COVID-19 pandemic.

He was also fined $95,000, and must pay $757,000 in restitution to Google. Levandowski was also ordered in March to pay Google $179 million over a contract dispute. He filed for bankruptcy soon after that ruling.

“The last three and a half years have forced me to come to terms with what I did,” Levandowski said in a statement Tuesday. “I want to take this time to apologize to my colleagues at Google for betraying their trust, and to my entire family for the price they have paid and will continue to pay for my actions.”

TechCrunch reported Tuesday that the saga may not yet be entirely over, as Levandowski has recently filed a lawsuit against Uber claiming he’s owed around $4 billion that Uber never paid him as part of the Otto acquisition.

Axios: Don't look now, but Trump and RNC are...