The federal agents conducted the raid of Optima Management's offices in Miami and Cleveland as part of an investigation out of the U.S. Attorney's Office for the Northern District of Ohio, which has been ongoing for more than a year, a source said.

Agents are believed to have seized items including computers and laptops. However, an exact description of what was taken by federal agents is not publicly available, as the search warrant remains under seal. No arrests were made.

Headquartered in Cleveland, Optima Management is a real estate company that has ties to Ihor Kolomoisky, a Ukrainian oligarch with an estimated net worth of $1 billion, according to Forbes. The Daily Beast reported last year that the FBI was investigating Kolomoisky for possible financial crimes, including money laundering. His lawyer, Michael Sullivan, told The Daily Beast at the time that Kolomoisky denies wrongdoing.

With another Ukrainian billionaire, Kolomoisky founded Ukraine's PrivatBank nearly three decades ago. But his bank was seized and nationalized by the Ukrainian government in 2016, and Kolomoisky was accused of fraud, according to The New York Times.

Kolomoisky also has ties to Ukrainian President Volodymyr Zelensky, a comedian whose television show aired on a network owned by the oligarch, the Daily Beast reported. During impeachment proceedings into President Trump's dealings with Zelensky, several witnesses testified about the new Ukrainian president's relationship with Kolomoisky. 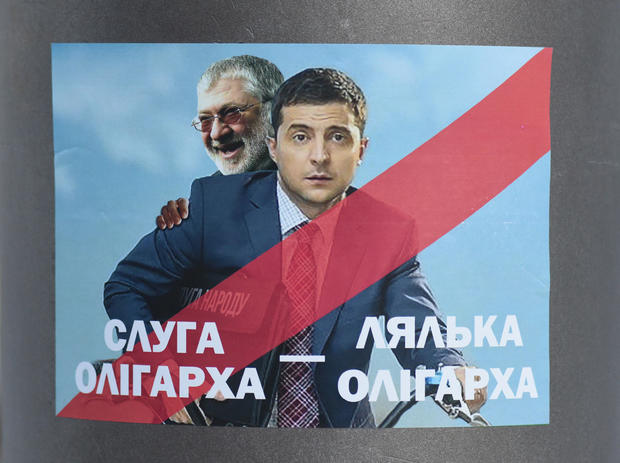 
Fiona Hill, a former adviser on Europe and Russia at the White House, told lawmakers last year that U.S. officials were "extremely concerned about Zelensky's relationship" with the oligarch and said Kolomoisky is "someone who the U.S. government has been concerned about for some time." William Taylor, the top U.S. diplomat in Ukraine, also told House investigators that he warned Zelensky several times that Kolomoisky is "increasing his influence in your government, which could cause you to fail."

Pat Milton and Jeff Pegues contributed to this report.

We Know If You're An Introvert Or An Extrovert...