Berlin — After years of debate, the German cabinet has approved a new law that will force all large, publicly listed companies in Germany to have at least one woman on their executive boards. If passed by the parliament as widely expected, the law will mean that from 2022, any publicly listed company with an executive board of at least three members must include a woman on that board.

"Qualified women enrich working and economic life," said Federal Family Minister Franziska Giffey as the approval was announced. Federal Justice Minister Christine Lambrecht said, "women had a positive charisma, a role model function and an effect on the promotion of young women." Both ministers had long campaigned for mandatory quotas on corporate boards. 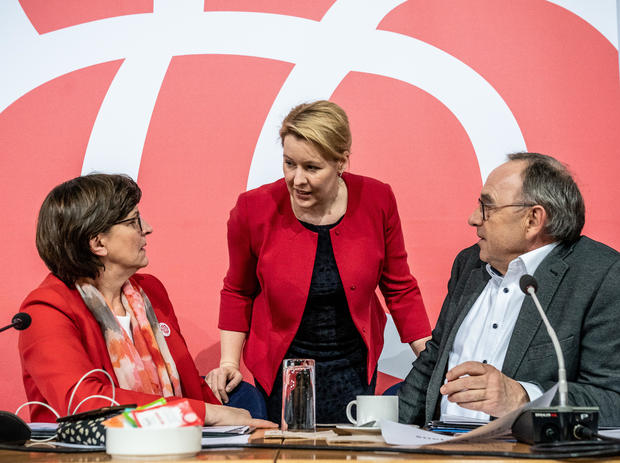 
"The time for voluntary measures is finally over," said Vice Chancellor and Federal Finance Minister Olaf Scholz, heralding the end of the era that has seen half the population go unrepresented in the boardrooms of many major German companies.

There's already a requirement, in place since 2015, for the broader, supervisory boards of large German companies to be made up of about 30% women. Supervisory boards include members appointed by shareholders and employee representatives.

Study: Women left behind in the workplace 05:37


The new law will ensure that management teams include a female voice, but it will only apply to around 70 Germany companies that meet the criteria for size and being publicly traded.

Hiltrud Werner is the lone woman on Volkswagen's Board of Management, serving as the head of integrity and legal affairs. As a public advocate for equal pay and equal opportunity for women, she told CBS News that the pending legislation will be a "good start." 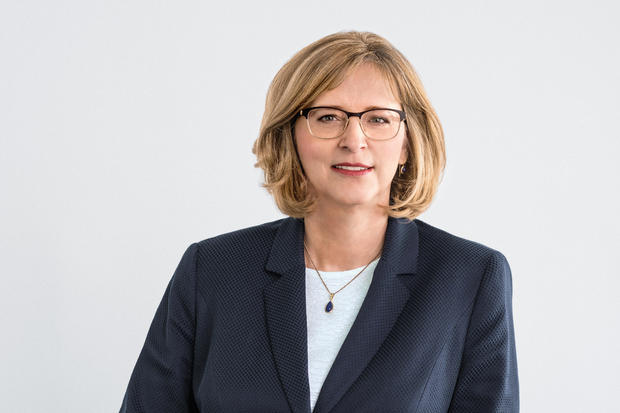 Group Board of Management member at German automaker Volkswagen, Hiltrud Werner, who is responsible for "integrity and legal affairs." Volkswagen/Handout


"The fact that the law only affects around 75 companies sounds minimal, but it sends a very strong signal," she said. "What we have to keep in mind is that the new law also includes regulations for the public sector, including universities, hospitals etc. They will now have to figure out as well how to ensure equal opportunities for women."

Nine companies listed on Germany's blue-chip DAX stock exchange, which includes the country's 30 largest corporations, currently have no women on their executive boards, including sports giant Adidas and drugmaker Bayer.

But women are far less represented in the many smaller, but still major companies traded on Germany's other exchanges. According to data compiled by the organization FIDAR, almost half of all listed German companies currently have no women their executive boards. Their data suggest that 73 companies will have to comply with the new quota from 2022.

"We need a more anonymized recruiting and application process, to begin with, to prevent bias. As is very common in other countries, age and a photograph shouldn't be part of an application," she said. "Another factor is equal pay. It goes hand-in-hand with equal opportunities for women."

According to the Swedish-German Allbright Foundation, the proportion of female executives on the boards of DAX-listed companies actually fell to 12.8% last year — the lowest level since 2017.

Werner told CBS News that Germany has catching up to do: "Compared to other European countries, Germany was late with a law for equal opportunities, and lags behind in gender equality for corporations."

But progress is coming, even before the new law is made official by Germany's parliament. Spaniard Belen Garijo will soon take the helm of pharmaceutical and chemical group Merck, becoming the only female CEO at a DAX-listed company.

Janina Kugel on unlocking the power of divers... 04:53


Studies have long proven that diversity pays off for corporations. According to an analysis by McKinsey, companies with high gender diversity are 25% more likely to be profitable.

The impeachment express rolls on