Home /
Business /
Markets /
: Here are the companies set for growth from the boom in demand for e-bikes

: Here are the companies set for growth from the boom in demand for e-bikes 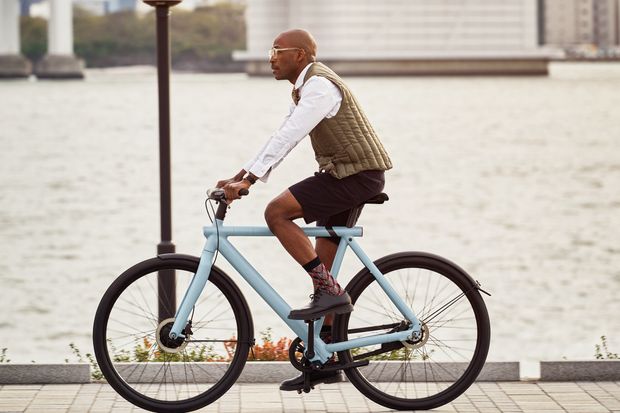 Venture-capital firms are pouring money into e-bike and e-scooter startups, as the pandemic and social distancing measures escalate the popularity of urban mobility to help consumers and workers get around town.

Consulting firm Deloitte estimated in a report last year that the number of e-bikes in circulation world-wide should reach 300 million by 2023—a 50% increase over 2019’s 200 million.

Numbers like these have attracted an array of venture capitalists to the sector, which is highly fragmented compared with the consolidated pushbike business, making it ripe for investment.

European VCs poured $165 million into e-bikes in 2019 and 2020, more than the previous four years combined, according to data from PitchBook.

The influx of cash comes as consumers and key workers are increasingly turning to bicycles, e-bikes and scooters as travel restrictions on public transport remain in place.

Read: ‘They are buying bikes like toilet paper’—pandemic leads to a bicycle boom, shortage

Many countries across Europe have fully embraced electric bikes. In Germany, sales rose by 36% to nearly one million units in 2018. Almost a million more were sold in Germany in the first half of 2019, while more than half of all adult bikes sold in the Netherlands in 2018 were electric.

Analysts at CMC Markets say the e-bike ecosystem is also benefiting from the boom. Thule THULE, -0.74%, a Swedish company, is seeing stronger demand for the heavier bike racks that e-bikes require, while London-listed security group G4S GFS, +0.76% has experienced growth in its tracking systems for e-bikes.

Increased use of both e-bikes and traditional bicycles has been boosted by major infrastructure improvements across cities in Europe, including London and Berlin, which have all invested significantly to support alternative mobility solutions for consumers.

In April, at the height of the pandemic, Paris said it would create 650 kilometers of cycleways in the French capital and its surrounding areas, and said it would keep several open after the crisis has passed.

The pandemic has also accelerated the trend for traditional pushbikes. Bike shops around the world reportedly sold out of their goods at the peak of the pandemic.

Halfords HFD, +3.72%, a major British bicycle retailer, took a hit from the pandemic but saw its bicycle business surge 59% on a like-for-like basis in the 20 weeks to August 21, with cycling services up 18% in the same period. The company noted that its electric bikes and scooters were up 230% year-over-year.

In August, Giant 9921, -2.55%, the world’s largest bicycle manufacturer and based in Taiwan, opened a new plant in Hungary that it expects to produce 300,000 units next year. It plans to add a second production line in September, with e-bike production starting in the spring of 2021.

Although sales at Shimano SHMDF, , which makes about 70% of the world’s bicycle gears and brakes, decreased by 12% in the first half of 2020 compared with 2019, its stock price is up 23% year-to-date on expectations of rising demand for its products.

Here are four companies benefiting from the new transport boom:

Amsterdam-based VanMoof’s new electric S3 and X3 e-bikes hit nearly 4,400 sales in the 24 hours after launching on April 21, and have since passed 20,000 sales world-wide. The bikes, which sport an array of new features, including electronic four-speed gear shifting and integrated hydraulic brakes, sell at just under $2000.

Founded in 2009 by the Carlier brothers Taco and Ties, VanMoof said it has entered the scaleup hyper growth phase in the last two years, quadrupling €10 million 2018 revenue to nearly €40 million in 2019.

In May, Balderton Capital led a ‎€12.5 million ($13.5 million) fundraising round into the e-bike retailer. The company, which has branded stores across Europe and the U.S. as well as a handful in Asia, plans to use the new funding to grow its international presence and keep pace with increased demand.

“The shock factor of Covid-19 has forced us to rethink our urban mobility options,” a spokesperson for VanMoof told MarketWatch. “Commuting options such as e-bikes have been mainstreamed in little more than six months, when it could have taken another five or 10 years,” the spokesperson added.

From Barron’s: A British Bicycle and Auto-Parts Retailer Steps Up Its Services. That Should Drive the Stock.

Founded in 2017, Cowboy makes premium lightweight electric bikes that include features such as hydraulic brakes, intuitive gear-shifting and removal batteries, and sells them directly to consumers around Europe.

Last year, the company teamed up with Brussels-based insurtech Qover to provide insurance coverage to its riders.

In July, Amsterdam-based Dott won one of three licenses, as part of a competitive tender process, to operate its e-scooters in Paris as well as one of two licenses to operate in Lyon.

Dott has also been given U.K. standards approval that it has passed the test to be able to use on roads in the country.

Founded in 2018, Dott’s scooters can go for several kilometers without running out of power, have bigger wheels, reliable road grip, and a double-brake system. Dott differentiates itself from some rivals that use freelancers to recharge their batteries, by running all of its operations in-house.

That allows the company to streamline its processes, which drive better unit economics. In total, Dott has raised €50 million to date from investors, including Naspers & EQT Ventures, which are the company’s largest shareholders.

The Dutch-based Accell Group owns brands such as Raleigh, Sparta and Haibike, and earned more than half its revenue from e-bikes last year, selling 433,780 e-bikes.

To meet the surging demand for e-mountain bikes and e-cargo bikes, Accell said in June that it has increased production again from 30% in March to 70-80% of capacity, taking into account the social distance requirements for staff within its production facilities. The same month, it launched its next generation Carqon e-cargo bike, which has a range of 120 to 140 kilometers, distributing them to premium bike shops in the Netherlands, Belgium, Germany, France, and Denmark.