How different nations are responding to spikes in coronavirus

There have now been more than 18 million confirmed coronavirus cases around the world, and the U.S. is not alone in facing a surge in COVID-19 cases. Correspondent Elizabeth Palmer reports from London that recent spikes have forced many governments to return to shutdowns, or reconsider their plans for the immediate future.

In Melbourne, Australia's second largest city, the streets overnight were deserted as the government declared a state of disaster.

Life there was close to normal again, until a sharp spike in COVID-19 cases. Now, in this city of five million, only one person per household can go out to shop, and police are enforcing an hour-a-day limit on exercise, and a strict dusk-to-dawn curfew. 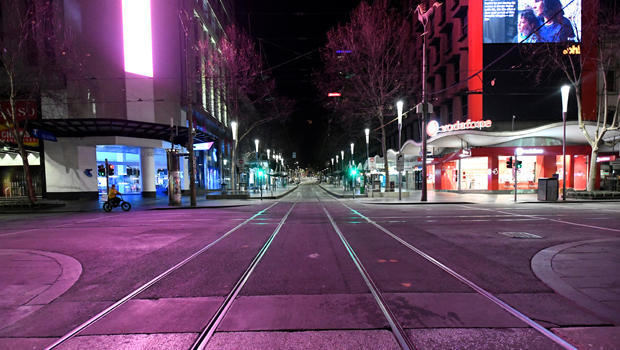 An empty Bourke Street is seen after a citywide curfew was introduced to slow the spread of the coronavirus, in Melbourne, Australia, August 2, 2020. AAP Image/Erik Anderson via REUTERS

In Europe, too, there's been an uptick of COVID. The French have set up testing stations at airports. 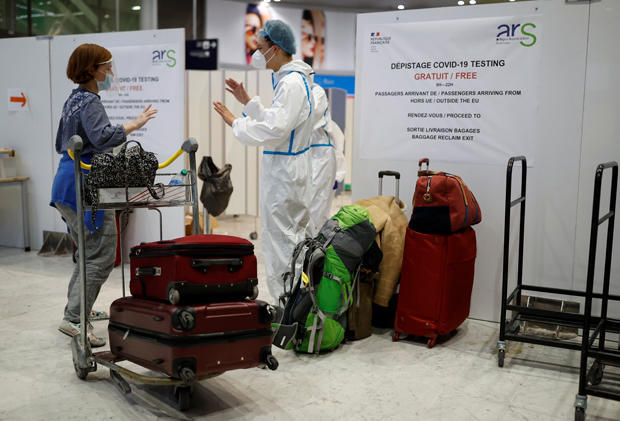 A health worker wearing protective gear talks with a passenger to be tested for COVID-19 upon arrival at Charles de Gaulle airport, in Roissy, near Paris, July 31, 2020. CHRISTIAN HARTMANN/REUTERS


So have the Germans, though over the weekend there was pushback. Right-wing demonstrators – fed up with restrictions – marched in Berlin, demanding what they called their freedom. 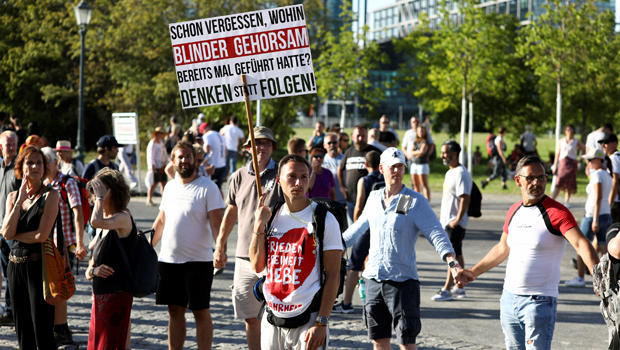 A demonstrator holds a placard in front of a human chain near the Chancellery during a protest against the government's COVID restrictions, in Berlin, August 1, 2020. "Already forgotten where blind obedience had already led?" reads one protester's sign. "Think of the consequences." CHRISTIAN MANG/REUTERS


In Saudi Arabia, the annual hajj to Mecca would have sent COVID cases skyrocketing, so the government slashed the number of pilgrims allowed – from more than two million last year, to a cautious, spaced-out 10,000. 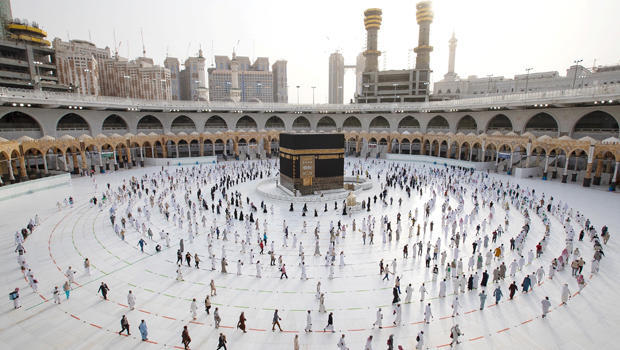 A view of the Kaaba as Muslim pilgrims social distance while performing their Tawaf, marking the end of the Hajj pilgrimage amid the coronavirus pandemic, in the holy city of Mecca, Saudi Arabia August 2, 2020.  Sultan Al-Masoudi/Handout via REUTERS


Only the Moscow authorities looked out-of-step. With roughly the same number of new COVID cases as Melbourne, they let a half-marathon go ahead. The 9,000 runners would be encouraged to social distance, they said – which worked out about as well as you might expect. 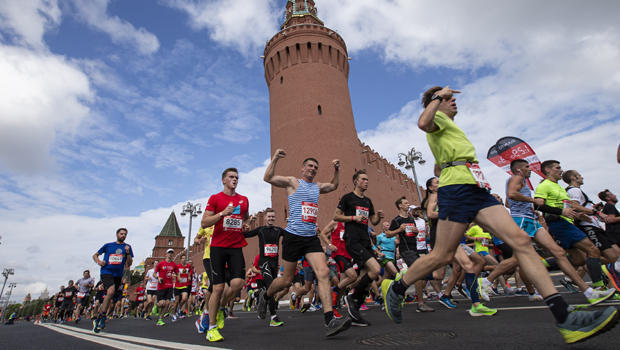 People run past the Kremlin Wall as they take part in a half-marathon in Moscow, Sunday, August, 2, 2020.  Alexander Zemlianichenko Jr./AP


It's now been six months since the World Heath Organization declared coronavirus an "international public health emergency," and just this morning its head warned there is no silver bullet to stop it ... yet.

Microsoft poised to purchase TikTok amid...