Howard Gold's No-Nonsense Investing: Schwab strategist Sonders: Stock market today is ‘a small handful of winners and a heck of a lot of pain’

What comes after COVID-19? Wall Street and the financial media have spilled lots of pixels over this question and of course no one knows. But one thing is pretty clear: Life won’t go back to “normal,” whatever that was, once there’s a safe, effective coronavirus vaccine and 2020 is just a memory.

One leading market guru, Liz Ann Sonders, sees big changes coming for the U.S. economy and financial markets once the COVID-19 pandemic passes. Sonders, Charles Schwab’s SCHW, +0.22%  longtime chief investment strategist, spoke with me by phone recently and says the pandemic will be a catalyst for structural shifts. Most everything will be affected — consumption, services, investment — and perhaps there will be a pivot from a few Big Tech names dominating the U.S. stock market to broader participation from more economically sensitive stocks. 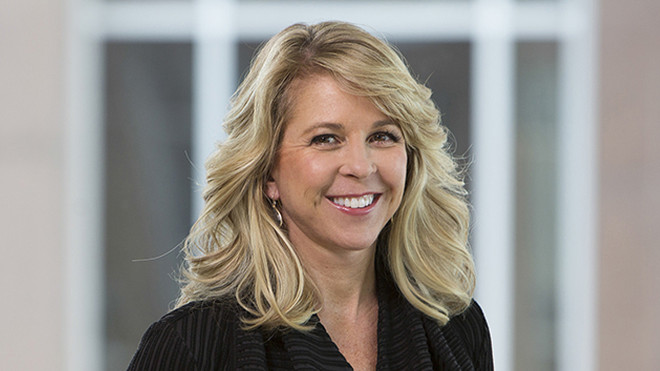 Liz Ann Sonders: Phase 1 of the COVID-19 recovery is coming to an end.

Sonders says phase 1 of the COVID-19 recovery is coming to an end. “When you shut an economy down, then you open back up, the percentage increase off that low… is going to look absolutely massive,” she said. For example, the Atlanta Fed’s GDP Now model calls for a 30%+ surge in GDP in the third quarter of 2020.

The recovery has been driven by housing (“residential real estate is on fire right now,” she says), as well as by the ripple effects from the stay-at-home-work-from-home economy, from adding home offices and backyard swimming pools to Hulu and Netflix to Peloton.

Instead, Sonders sees the focus shifting to investment. “We’re already seeing investment in technology efficiency. Now everybody has to invest in efficiency and technology and all things digital,” she says.

This could expand to investments in housing, health care, energy, infrastructure, and education. “Long term, that's not a bad thing,” Sonders says. “They're bigger job creators than the industries that are most hit right now,” which include travel and leisure, bars and restaurants, and many brick-and-mortar retailers.

Greater investment in technology has spurred the rise in productivity that economists and central bankers have long pined for. “The latest productivity stats that we got showed a productivity jump to the highest level since 1971,” Sonders says. “I'm working a way longer day and we're reaching thousands more clients doing virtual webcasts versus getting on a plane and going to three different cities and doing those events” in person. It’s unclear whether those productivity gains will last, but productivity and labor force growth are the two main components of GDP, so if it does it could be a long-term boost to the economy.

Sonders expects the stock market to reflect some of these structural changes. Until now, U.S. stocks have been driven by the Federal Reserve’s massive efforts to prop up the economy and markets; analysts slashing earnings estimate to the bone early on, which inevitably leads to big positive earnings surprises, and heavy speculation in a few glamor stocks by day-traders who, she notes, have a “gambling mentality.”

“You're not seeing that speculative froth everywhere in the market,” Sonders says. “In very early September, the top five stocks were up almost 50% [thus far in 2020] and the bottom 495 stocks were actually still negative on the year. That narrowness to some degree reflects what's going on in the economy, which is a small handful of winners and a heck of a lot of pain.”

Investors have seen some extension of the U.S. market rally to homebuilders, appliances, and materials. But to broaden out into a full cyclical recovery and bull market, the underlying economy will have to show more signs of improvement. “I don't think we can continue to see money shift into cyclical areas unless it's actually supported by the economic data,” Sonders says.

Still, Sonders is cautiously optimistic, with an emphasis on the “cautious,” but she worries that many small businesses won’t survive and that permanent job losses are “going straight up.” And COVID-19, she says, has only exacerbated “the wide gap between the haves and have nots in the economy.”

“Getting back to pre-pandemic levels is going to take awhile,” she says. “There are so many ripple effects that have yet to fully play out. I think there's a lot of creativity that's going to come out of this, but there's also a lot of destruction, and we're not through the destruction part yet.”

Stock investing is inherently risky and uncertain. If Sonders is right, big changes in the economy will pay off for people who own equities in the years to come. But as COVID-19 continues to plague us, buying anything except the high-flyers has become increasingly a leap of faith.

Howard R. Gold is a MarketWatch columnist. Follow him on Twitter @howardrgold1 and read his new Substack newsletter, “Sheer Heresy,” which features data-driven, iconoclastic takes on the economy, politics and the world.

Read:Billionaire investor Ray Dalio on capitalism’s crisis: The world is going to change ‘in shocking ways’ in the next five years

More: Bill Ackman on saving capitalism: Every child in the U.S. could be given enough money at birth to become millionaires by retirement

Man charged with going 87 mph in Tesla on...

Mark Hulbert: What Snowflake and JFrog are...