Italy's leader imposed at least a month of new restrictions across the country Sunday to fight rising coronavirus infections, shutting down gyms, pools and movie theaters, putting an early curfew on cafes and restaurants and mandating that people keep wearing masks outdoors.

Worried about crippling Italy's stagnant economy, especially after 10 weeks of a severe lockdown earlier in the pandemic, Italian Premier Giuseppe Conte opted against another heavy nationwide lockdown. The new decree goes into effect Monday and lasts until November 24.

"Our aim is to protect health and the economy," Conte said. 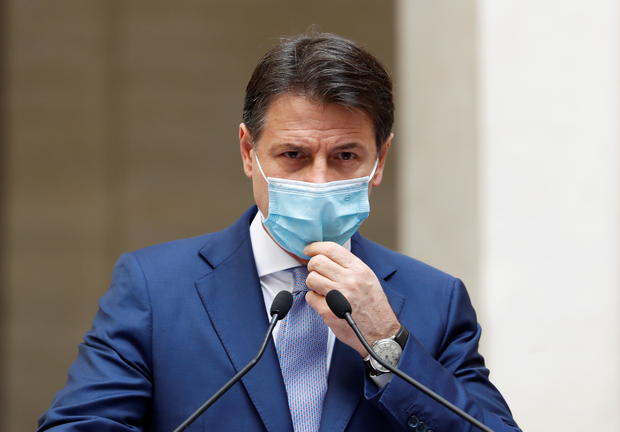 Italian Prime Minister Giuseppe Conte adjusts a face mask as he speaks during a news conference as the outbreak of the coronavirus continues, at Chigi Palace in Rome, Italy, on Sunday, October 25, 2020. Yara Nardi / Reuters


A day earlier, Italy surpassed a half million confirmed coronavirus cases since February, when it became the first country in Europe stricken by the pandemic. On Sunday, Italy registered 21,273 new confirmed cases and 128 deaths since the day before. Italy has reported a total of 37,338 virus deaths, Europe's second-highest pandemic death toll after Britain.

Restaurant and bar owners had lobbied hard against the new measures, which orders them to close at 6 p.m. Most restaurants in Italy usually don't even start to serve dinner before 8 p.m. Cafes and restaurants were allowed in recent months to re-open for outdoor dining or limited indoor seating. But many are struggling to pay their bills and some have already failed after tourists were banned from the United States and many other countries.

Conte promised financial aid from his center-left government as soon as November to the food sector and noted that cafes and restaurants can do delivery and takeout orders until midnight. But before the curfew, no more than four diners will be allowed per restaurant table, unless they are from the same family.

Under the new rules, ski slopes are off-limits to all but competitive skiers and all spectators are banned from stadiums during professional sports matches, including soccer. Receptions after religious or civil ceremonies like weddings are forbidden. The decree continues to exempt children younger than six and those exercising outdoors from wearing masks.

"We all have to do small sacrifices," Conte said. "If we can't go to the gym, we can exercise outdoors." 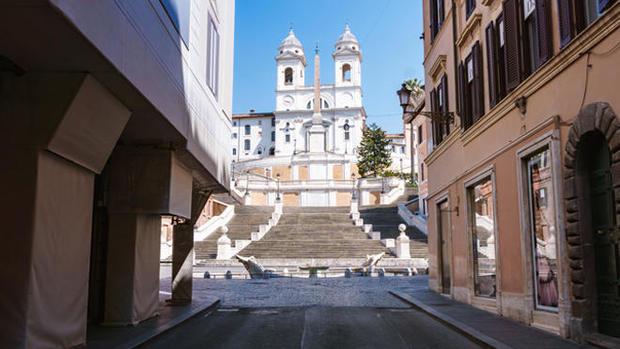 Pandemic: A snapshot of life in Rome 19 photos

By early summer, after Italy's lockdown was all but lifted, new virus caseloads had dropped as low as 200 a day.

"These are difficult days," Health Minister Roberto Speranza said after Conte explained the aim of the latest limits. "The curve of contagion is growing in the world. And in all Europe the wave is very high. We must react immediately and with determination if we want to avoid unsustainable numbers."

Several Italian regions and cities recently slapped on overnight curfews to cut down on young people congregating outdoors, especially to drink. But Conte said given the approaching cold weather, people would prefer to socialize inside at bars and restaurants instead, so that's why he ordered them to close early. 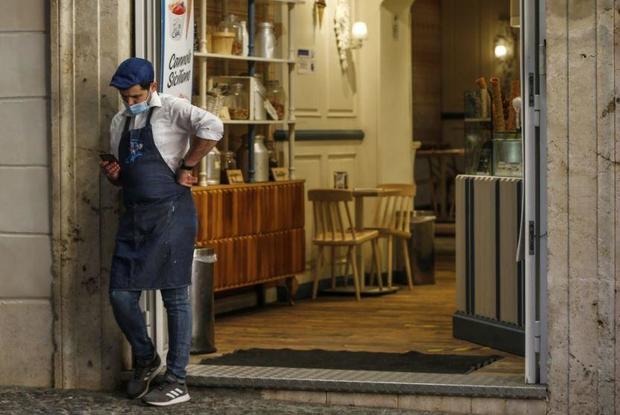 A waiter stands outside a café in downtown Rome, on Sunday, October 25, 2020. Cecilia FabianoLaPresse via AP
italy announces restrictions renewed fight against coronavirus

Can the NYPD make up all of its personnel losses?