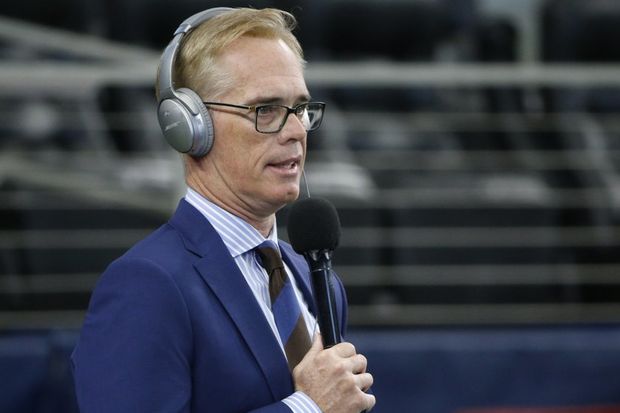 “ ‘That’s your hard-earned money and your tax dollars at work.‘ ”

That was Fox sportscaster Joe Buck voicing a critique of a military-jet flyover before an NFL game on Sunday in Tampa, Fla.

Buck was caught on a hot mic shortly before the kickoff of Sunday’s game between the Green Bay Packers and the Tampa Bay Buccaneers.

Flyover by military jets have been a fixture of sporting events for years, but Buck and his announcing partner, Hall of Fame quarterback Troy Aikman, appear not to be fans.

“That’s a lot of jet fuel just to do a little flyover,” Aikman observed before the game, drawing Buck’s dramatically intoned remark about the tax dollars being expended.

According to the Washington Post, flying a squadron of jets can cost around $60,000 per hour. A grander-scale flyover of President Trump’s controversial Fourth of July event on the National Mall in 2019 cost $1.2 million, according to Military.com, which cited Pentagon data.

Aikman, who has not shied in the past from staking out positions on current affairs, added that “that stuff ain’t happening with a Kamala-Biden ticket, I’ll tell you that right now, partner.”

Market Extra: The unraveling of this popular...

Next Avenue: As social isolation takes its toll on older adults, many find ways to cope during the holidays
3