Home /
Business /
Markets /
Key Words: President Trump asked a reporter for some advice on how to win tonight’s debate — and here’s what he got

Key Words: President Trump asked a reporter for some advice on how to win tonight’s debate — and here’s what he got 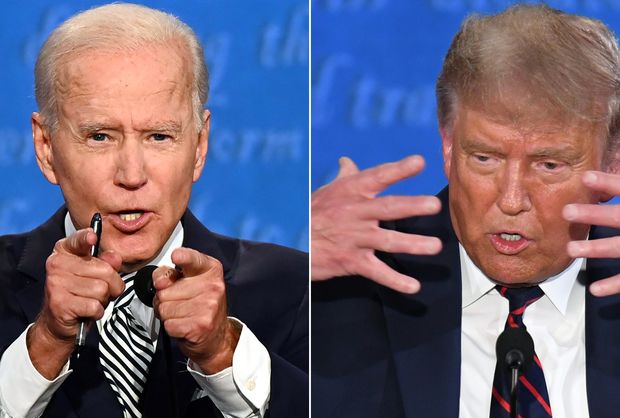 Aside from that interaction, a jab at either the former vice president’s rhetorical or inspirational capacity even as he continues to lead in national and battleground-state polls, Whitlock also touched on Trump’s appeal to the Black community.

“I know I look incredibly young, but I actually have lived long enough to remember back when rappers loved … Donald Trump before he was president,” Whitlock said during his visit to the White House. “What changed your relationship with Black celebrities, entertainers?”

Trump said the turning point was when he became a politician.

“It was always Trump, Trump, Trump this. My daughter would call me, ‘Dad you’re in another song,’ ” he explained. “Then when I ran for politics, there was like a wall.”

Whitlock went on to ask Trump if a second term would bring a different kind of Trump, a “gentler” version that might appeal to a broader base of Americans. “I think the answer is yes. I want the answer to be yes,” Trump said. “When I first came here, there was so much to do. I didn’t have time to be totally politically correct… Sometimes we don’t have time, but I’d certainly like to.”

After the video was published, Whitlock climbed Twitter’s TWTR, +0.08% trending list, where he got plenty of love from Trump supporters for shining a positive light on the president:

Of course, this is Donald Trump we’re talking about, so there was plenty of backlash, including this thread by sports journalist Jeff Pearlman:

: Uber and Lyft lose appeal, leaving only one...