Meghan and Harry to skip Christmas with royal family

Prince Harry and Meghan won't be spending the most wonderful time of the year with the rest of the royal family this Christmas, Entertainment Tonight reports. Instead, the couple and their baby son Archie will be celebrating the holiday with the Duchess' mother — Doria Ragland.

The royals have spread Yuletide cheer with the rest of Harry's family at Queen Elizabeth II's Sandringham House for the past two years. Each holiday, the family walks from the country house to nearby St. Mary Magdalene Church while greeting fans who gather on the road.

In addition to the annual stroll, Britain's royals usually exchange small gifts on Christmas Eve, a practice popularized by Queen Victoria and Prince Albert. The queen typically frowns on extravagant gifts and many of the presents are novelty items.

More in The Royals

The decision is in line with the precedent set by other royal family members in the past and even has the full support of the Queen, a palace spokesperson told ET. 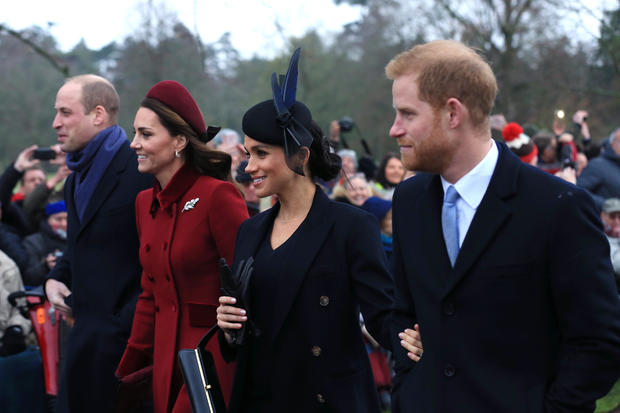 
It has not yet been announced where the Duke and Duchess of Sussex will be spending the holidays. Ragland could travel to the United Kingdom or the young family could head to the United States.

"While we understand the plan is to spend Thanksgiving in the U.S., we don't know when the couple will be coming back and there is some speculation that they may extend this trip and stay out in the States for Christmas as well," royal expert Katie Nicholl told ET.  "They may choose to take a leaf out of William and Kate's book and spend one year in the U.K. with Harry's family and the next year in the U.S. with Doria. I think there's every chance that they might spend Christmas in America."

Trump denies talking to Sondland about...

WSJ: Homicides up by double digits in dozens of America's large cities
5

NBC News publishes an op-ed on the reality of UFOs... sort of