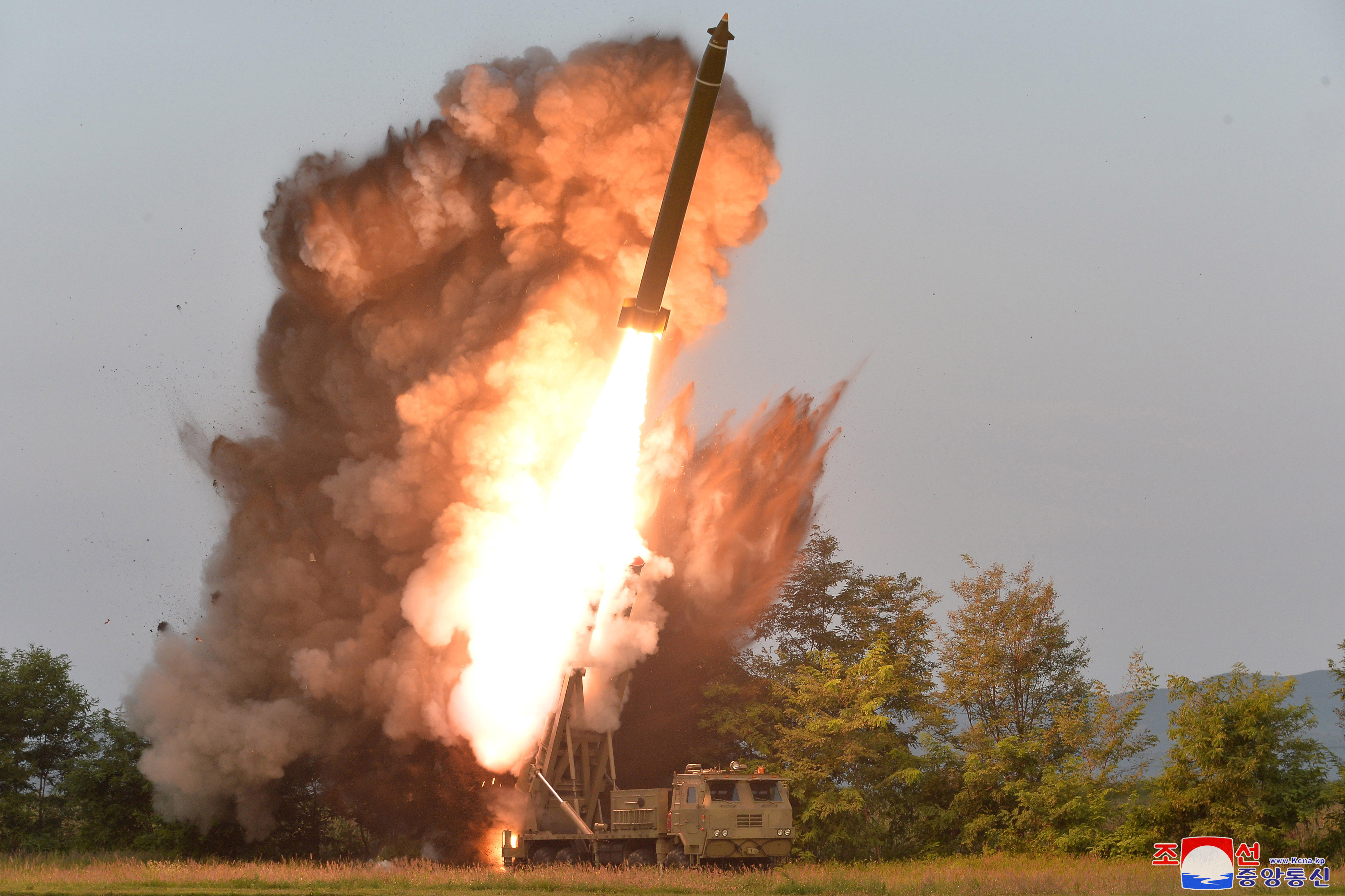 Tuesday's rocket launcher test was made hours after North Korea said it was willing to resume nuclear negotiations with the United States in late September. While offering talks, North Korea still warned its dealings with the U.S. may end if Washington fails to come to the negotiating table without new acceptable proposals.

Some experts said North Korea aims to wrest concessions from the United States once their diplomacy resumes. 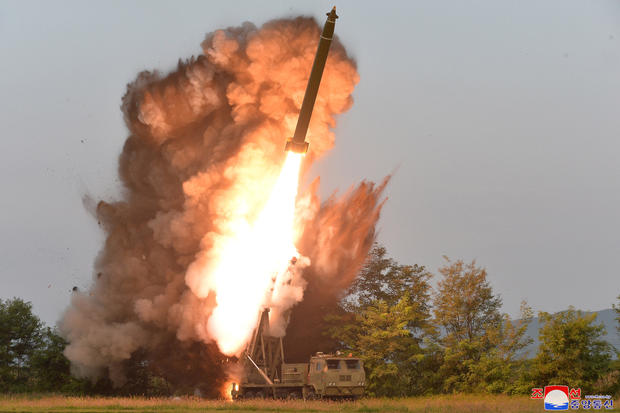 
It was the second known test of a super-large multiple rocket launcher that North Korea says is needed to cope with outside military threats. The first test of the weapon occurred on Aug. 24.

Tuesday's test fulfilled its purpose and allowed authorities to decide "the next-stage orientation to complete the weapon system," KCNA said. It quoted Kim as saying what remains to be done is "running fire test."

Tuesday's weapons test was the eighth round of launches by North Korea since late July. Other weapons tested include at least three other newly developed short-range missile and rocket artillery systems that experts say would potentially expand its capabilities to strike targets throughout South Korea. 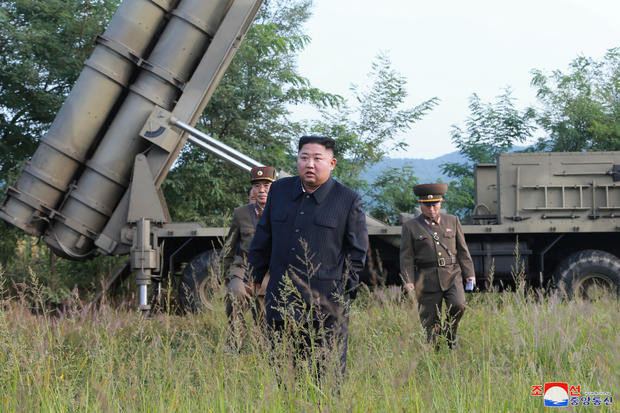 
South Korea's military said the two North Korean projectiles fired Tuesday flew about 205 miles in the direction of the waters off the North's east coast.

U.S.-led diplomacy aimed at stripping North Korea of nuclear weapons collapsed after the second summit between Kim and President Donald Trump in Vietnam in February ended without any agreement due to disputes over U.S.-led sanctions on the North. Kim and Mr. Trump met again at a Korean border village in late June and agreed to resume talks.

The North Korean weapons tested in the past weeks were all short-range, and the country is still keeping its promise not to carry out nuclear and long-range missile tests. This suggests North Korea is trying to maintain the momentum for dialogue with the United States, experts say.

This day in baseball history: Mets roar into...