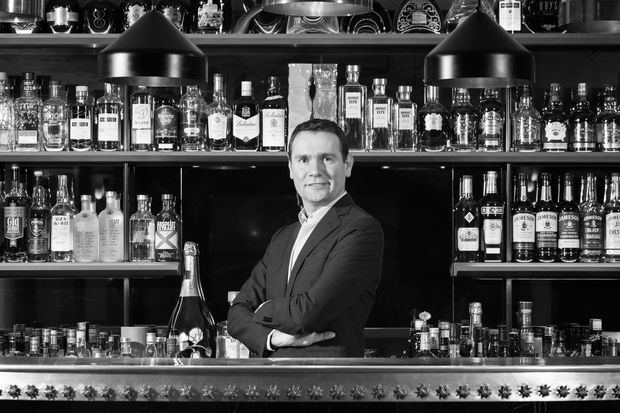 Alexandre Ricard, grandson of Paul Ricard and the head of French spirits and wine company Pernod-Ricard, poses during a photo session at his home in Paris on March 13, 2018.

Sales of French spirits maker Pernod Ricard rebounded faster than expected in the quarter ended in September, but the company cautioned that the last three months of the year would be “heavily impacted” by the second wave of the coronavirus pandemic in Europe.

Pernod RI, +2.69%, the world’s second-largest drinks and spirit group behind Diageo DGE, +0.21%, said revenue in its fiscal first quarter, from July to September, was “encouraging,” with organic sales down 6% over the same period a year ago. Analysts polled by Reuters had penciled in a 13% fall in revenue.

The maker of Beefeater gin, Absolut vodka, and Chivas whiskey said sales had fallen 36% in the quarter ended in June this year, compared with the same period in 2019.

Chief Executive Alexandre Ricard told Reuters that sales in the next three months would be “heavily impacted” by the coronavirus second wave in Europe, with pub and restaurant closures across the region, curfews ordered in France, and a total lockdown in Ireland.

The group, however, said in a release that it expects revenue to resume growing in the first half of 2021.

Shares of Pernod were up 3% in Paris in midday trading.

A Word from the Experts: Dr. Zeke Emanuel says...

Iran and Russia accessed some voter...

Can You Guess Which Of These Celebrities Are Canadian?
4

There’s A Reason Why Everyone Is Watching “The Masked Singer”