Peter Morici: Neither Trump nor Biden have good plans to reset U.S. trade policy with China 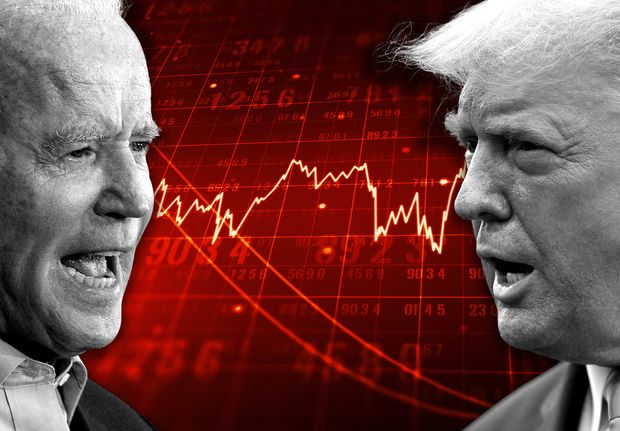 Tariffs brought China to the negotiating table, but the Phase One Trade Deal doesn’t do much more than set numerical targets for Chinese purchases. Chiding Europe has increased NATO defense spending, but we still don’t have a trade deal with the European Union or U.K.

Emboldened by success handling COVID-19 and an impressive economic recovery, President Xi Jinping has doubled down on his 1930s-style authoritarian capitalism—prewar Germany and Japan had considerable state involvement in their private economies too.

Now read this: China’s bouncing back, but don’t bet on other emerging markets to join the ride

Trump has accomplished too few of his primary objectives—changing how China does business by significantly reducing or stopping export subsidies, market-closing preferences for national champions such as Huawei and Tencent 700, -0.35%,  and technology theft.

A U.S.-China Business Council found 13% of U.S. businesses in China were asked to transfer technology this year, up from 5% last year.

The Europeans increasingly recognize China poses a primary threat to Western democracies, and Joe Biden appears ready to adopt a harder line than did the Obama-Biden administration.

Trump administration actions—some warranted such as applying World Trade Organization-approved tariffs on Airbus 0KVV, -2.97%  to offset government subsidies, and some unwise such as refusing to approve judges for the WTO Appellate Body—have driven the Europeans to collaborate with China on the latter.

U.S. Trade Representative Robert Lighthizer in a recent Wall Street Journal op-ed got it both right and wrong. For too long, the WTO has operated by multiple sets of rules—depending on who you are. Its agreements required the United States and other industrialized countries to slash import barriers while permitting developing countries, including China, to maintain terribly high tariffs and other discriminatory practices.

He is correct to demand that this end.

I earned my tenure writing about trade agreements. At endless conferences over three decades, I was fond of asking: If high tariffs are bad for the United States or Germany because those discourage trade based on comparative advantage and the efficient use of labor and capital, why are they good for developing nations? My colleagues at prestigious universities never had much of an answer.

The General Agreement on Tariffs and Trade, implemented in 1948 and now enforced by the WTO, is a brief, terribly general document. From the beginning, it has been interpreted and elaborated by dispute-settlement panels—members bring complaints when other members subsidize or otherwise break the rules that do harm—in a common-law fashion—not in a literal, civil-code manner as is generally required by international law.

The 1995 agreements that created the WTO tightened dispute panels and added appellate review, but the Chinese have an economic system that is so foreign to western principles that they have been able to run circles around it.

Lighthizer would have us throw out the Appellate Body, but that would not solve the essential problem—the general and prescriptive nature of global-trade rules in an era of rapidly changing technology and the incompatibility of the Chinese system.

The Europeans are not likely to support ejecting China from the WTO and if the United States accomplishes anything in negotiations to refashion the global trade body, those likely will be fig-leaf reforms.

Still the Europeans like multilateral process, and as their rebuke of the U.S. request to renew sanctions on Iran after we withdrew from the nuclear agreement shows, we won’t have much influence on EU policy toward China if we don’t try to cooperate in the WTO.

Biden’s public statements bow to mainstream Republicans, such as Robert Zoellick, and moderate Democrats who long for the good old days of multilateralism that cannot be recaptured. Hopefully he would not succumb, however, to Bush-Obama-era accommodation and appeasement.

In the Indo-Pacific, where the game really is, the Indians, Australians and Japanese are earnestly trying to disengage supply chains from China and harden their military defenses.

It’s time to refocus by joining them in partnership. Apply for entry into the 11-nation Trans-Pacific Partnership, bring in India and forge a tough military alliance to take our stand at China’s doorstep.

Peter Morici is an economist and emeritus business professor at the University of Maryland, and a national columnist.

Paul Brandus: Biden and Trump agree on this one key part of foreign policy

Chris Patton: No country in the world should ever trust China’s communist leaders again