The U.S. Department of Agriculture has identified some of the plant species in bags of unsolicited seeds arriving in mailboxes across the United States. Officials have warned the shipments of mystery seeds, which appear to have originated in China, could be invasive plant species.

So far, however, the species appear to be innocuous. At least 14 of the seed species had been identified as of July 29, according to Deputy Administrator Osama El-Lissy of the USDA's Animal and Plant Health Inspection Service. They includes mustard, cabbage and morning glory as well as herbs like mint, sage, rosemary and lavender. He said hibiscus and roses were also found.

CBS News confirmed that residents in all 50 states have reported receiving the suspicious packages of seeds. The USDA said if you receive the packets of seeds, do not plant them and contact your state plant regulatory official. 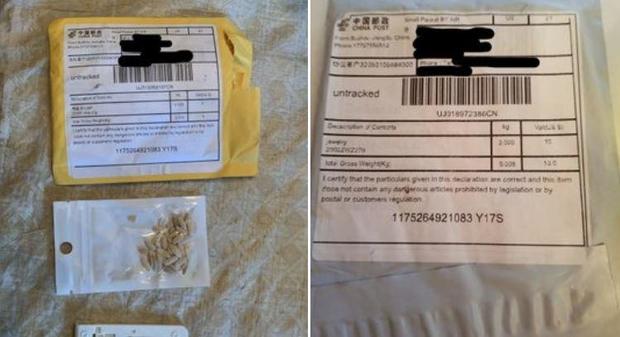 
Although the species identified so far are harmless, plant experts have warned that seeds from other parts of the world could damage crops.

State agriculture officials in Virginia warned, "Invasive species wreak havoc on the environment, displace or destroy native plants and insects and severely damage crops. Taking steps to prevent their introduction is the most effective method of reducing both the risk of invasive species infestations and the cost to control and mitigate those infestations."

Texas Department of Agriculture Commissioner Sid Miller urged people to be cautious. "It could be a bacteria. It could be another virus, some kind of invasive species," Miller told CBS Dallas-Fort Worth.

Robin Pruisner, a state seed control official at the Department of Agriculture and Land Stewardship in Iowa, told Reuters that she has heard reports of a coating of possible insecticide or fungicide on the seeds, which could prove especially harmful to crops.

"I've had people describe to me that the seeds are coated with something purple. I haven't had it in my hands yet, but it sounds an awful lot like a seed treatment," she said.

The Agriculture Department has said the packages are most likely part of a "brushing" scam, in which a seller sends unsolicited items to someone and then posts false positive customer reviews to boost sales.

Phylissia Clark of the Better Business Bureau told CBS DFW that if you are a victim of brushing, "your identity has been compromised."

"Somebody knows enough about you to create a profile online and use you to manipulate systems," Clark said.

The seeds typically arrive in white packages displaying Chinese lettering and the words "China Post."  The USDA continues to investigate.

April Ryan fangirls Kamala over her spot on ticket: "It sends chills through me"
4

These TV Shows Only Lasted One Season, So Which One Would You Rather Bring Back?
5