: Tesla stock higher after ‘best quarter’ ever for the Silicon Valley car maker 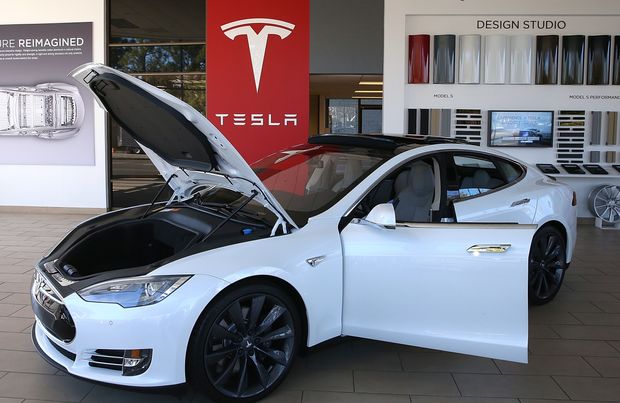 Tesla Inc. stock rose in the extended session Wednesday after the Silicon Valley car maker reported a fifth straight quarter of profit and sales that rose 40%.

Adjusted for one-time items, the company earned $874 million, or 76 cents a share, compared with 37 cents a share a year ago. This was Tesla’s fifth consecutive GAAP and adjusted quarterly profit.

Sales rose to $8.77 billion from $6.30 billion a year ago. Analysts polled by FactSet expected adjusted earnings of 56 cents a share on sales of $8.28 billion.

The July-September period was Tesla’s “best quarter in history,” Chief Executive Elon Musk said in a call with analysts after the company released the results.

“We continue to grow as fast as we can while focusing on cost control and quality,” he said. “I think I’ve never felt more optimistic about the future of Tesla than I do today.”

On the call, one Wall Street analyst estimated 2021 sales between 840,000 to 1 million, and Musk responded by saying that sales likely will be “in that vicinity” and that the analyst was “not far off.”

Tesla kept its 2020 sales guidance intact, saying in a letter to shareholders that while that goal “has become more difficult, delivering half a million vehicles in 2020 remains our target.”

Wednesday’s results speak “to a business model that continues to have significantly lower costs and more production efficiency even in the face of challenging circumstances globally given COVID-19,” Wedbush analyst Dan Ives said in a note. “Tesla continues to put the red ink in the rear-view mirror.”

Garrett Nelson with CFRA said in a note that regulatory credits were part of Tesla’s secret sauce for this quarter as well.

“Once again, auto regulatory credit revenue was another major driver of the beat,” Nelson said. The balance sheet “improved markedly,” thanks to the September share offering.

Tesla’s fifth straight quarter of GAAP profitability “raises the likelihood of the stock being added to the S&P 500 in the near term,” he said.

During the call with analysts, Musk said he’d focus on developing a fleet of “robotaxis” that would have elements of Uber Technologies Inc. UBER, -3.05% and Lyft Inc. LYFT, -1.87%, along with home-rental company Airbnb.

Tesla has to be understood as a “chain of startups,” Musk said, adding he has no immediate plans to spin off any aspect of the business.

In the letter to investors, Tesla said it has increased its Fremont, Calif., plant’s capacity to build Model 3 and Model Y vehicles to 500,000 units a year, started a second paint shop and is installing “the largest diecasting machine in the world.”

The Fremont plant will reach that full capacity at the end of the year or beginning of 2021, Tesla said.

Tesla said it increased Model 3 production capacity at its Shanghai factory to 250,000 vehicles a year, and it cut the Model 3 price in China to make it the cheapest premium mid-size sedan in that country. A third shift has been added at its China factory, the company said.

Deliveries of the Tesla Semi, the company’s long-haul electric truck, are also slated for 2021.

Tesla ended the quarter with $14.5 billion in cash and equivalents, an increase by $5.9 billion quarter-on-quarter mostly thanks to the recent $5 billion capital raise.

Tesla said earlier this month it delivered 139,300 vehicles, above Wall Street expectations, in its third quarter.

At its September “battery day,” the company announced a new top-of-the-line version of the Model S, to be available next year, as well as a yet-to-be-named vehicle under $25,000.