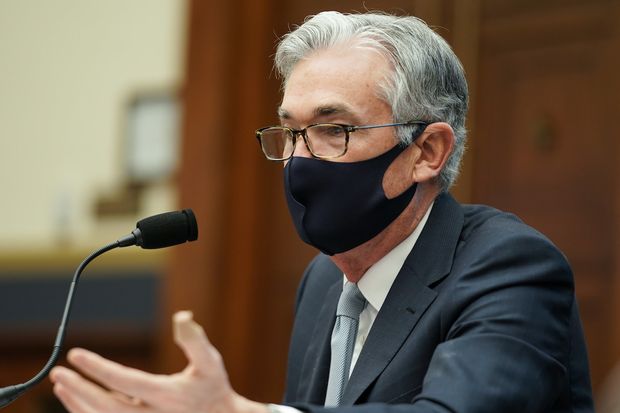 The Fed has been buying $80 billion of Treasurys across the yield curve every month since June, along with $40 billion of mortgage-related bonds.

The Fed may hold the size of purchases steady at its December policy meeting but shift the weight of its purchases towards Treasurys with extended maturities, said Julia Coronado, a former Fed staffer and now the president and founder of MacroPolicy Perspectives.

Markets are getting pretty excited about 2021 even though the near-term outlook is worsening, and the vaccine distribution is not an easy proposition, Coronado said.

The 10-year Treasury note yield TMUBMUSD30Y, 1.737% has threatened to push beyond 1% over the last few weeks.

“The markets are getting ahead of the economy and rates are rising as a result. The Fed might want to make sure that doesn’t go too far to fast,” Coronado said.

“If the happy, happy scenario plays out in 2021, we will scale back. That’s the message”, she said.

“We think the weaker payroll reading makes strengthens the case for a WAM extension at the December FOMC meeting,” he said, using the acronym for weighted-average-maturity.

Job growth slowed sharply in November. Nonfarm payrolls rose 245,000 which was a significant slowdown from 610,000 in October. The unemployment rate fell to 6.7% in November from 6.9% in the prior month, but this improvement came as workers got discouraged and stopped looking for jobs.

Read: The 245,00 new jobs added last month is smallest since U.S. recovery began in May

Neel Kashkari, the president of the Minneapolis Fed and one of the most dovish officials, said researchers at his bank think the real jobless rate is just under 10%.

Not all economists think the Fed will pull the trigger with another easing step at its Dec. 15-16 meeting.

“My reading of comments from FOMC officials is that they are of the view that the central bank’s purchase program is offering enough stimulus and tweaking it wouldn’t do anything to near-term downside risks,” said Derek Holt, head of capital market economics at Scotiabank.

The Fed has been urging Congress to pass another fiscal stimulus measure to get money into the hands of workers who haven’t had jobs since last March.

Workers in the service sector including bars and restaurants, travel, and the arts have been particularly hard hit.

Did You Have The Same Christmas Traditions As...