Home /
Business /
Markets /
The Tell: She said Tesla could hit $15,000 a share, and then billions of dollars came pouring in to her fund

The Tell: She said Tesla could hit $15,000 a share, and then billions of dollars came pouring in to her fund 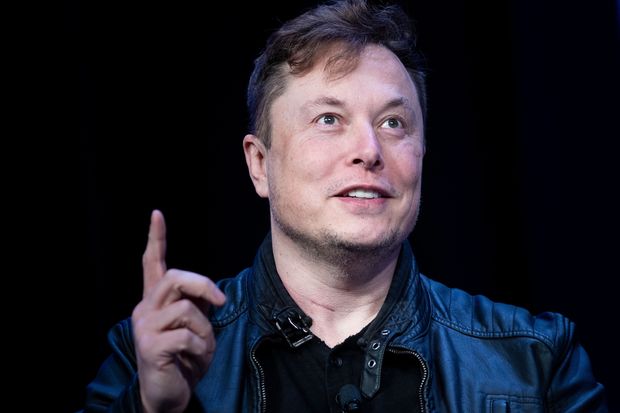 The Elon Musk faithful cheered her. The haters bashed her. Typical stuff.

Of course, even after the stock split 5-for-1, Tesla is nowhere near that eye-popping number at the moment, but it has, indeed, enjoyed an astonishing run, rallying some 425% year-to-date. As you can see, Wood’s fund has, understandably, risen nicely along with it. Her portfolio counts Tesla, at 10%, as is its biggest holding by a wide margin: 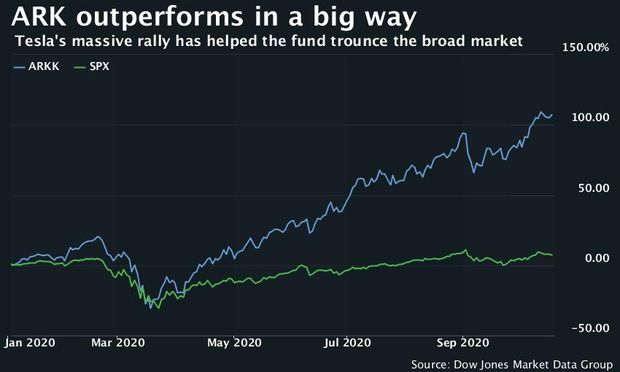 Josh Brown of Ritholtz Wealth Management, having spent time with Wood at a conference in New York City last year, said that he found her to be “serious, courageous and intellectually curious.”

That, however, didn’t stop Brown from taking issue with Wood for taking ARK Invest in a “trollingly bizarre direction” with this recent tweet that he criticized for “smashing value investors, innovation doubters and other nonbelievers over the head”:

“No one likes a sore winner, Cathie,” Brown wrote of the video. And she has been a winner, no doubt. The performance can’t be denied, and Brown illustrated her success by showing just how much her assets under management have surged in recent years to top $10 billion: 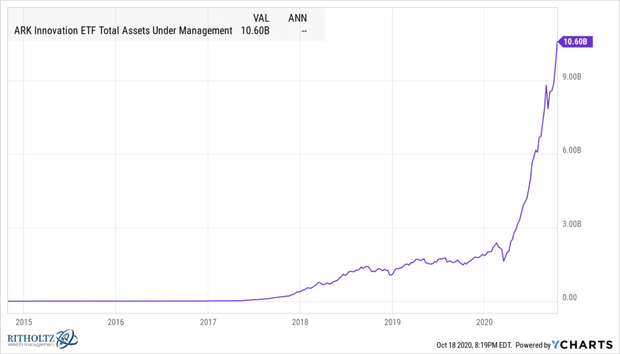 Brown, who has taken a step back from Twitter TWTR, +0.02%, acknowledged that a strong social-media presence has clearly helped raise ARK’s profile,

“I’ve basically deleted my presence there, best decision of my life. Never been happier,” Brown wrote in a post on his Reformed Broker blog. “She’s ridden the wave of fame that’s come along with her ultra-bullish Tesla position into a full-fledged cult following.”

Of course, as anybody who’s spent much time bouncing around Twitter can attest, that kind of “following” can turn dark in a hurry.

“Now she’s got to contend with the TSLAQ crowd AND the millions of beleaguered old school value people who have nothing to show for all their self-flagellation over the last decade,” he said. “Why stomp on a hornet’s nest that’s already fallen out of its tree and been dashed on the ground?”

Value has certainly been “dashed to the ground” in recent years. According to Morningstar, the average U.S. large company “value” mutual fund has lost 8% so far this year while the average “growth” fund is up a whopping 27%. This separation has been going on for years, with growth funds outperforming value since as far back as 2007, data shows.

Read: Tech innovation is changing the world – this fund manager is betting big on it

Both growth and value came under pressure in Monday’s trading session, with the Dow Jones Industrial Average DJIA, -1.43%, tech-heavy Nasdaq Composite COMP, -1.65% and S&P 500 SPX, -1.63% all moving firmly lower to start the week.

ARK Invest, which bills itself as a firm focused solely on “disruptive innovation” with companies like Roku ROKU, -0.08% and Slack WORK, joining Tesla among its top holdings, didn’t immediately respond to a request for comment.

Capitol Report: How Washington’s inability to...