The Tell: That stock-market storm investors are so worried about? It’s already here, warns fund manager who’s returned 50% so far this year 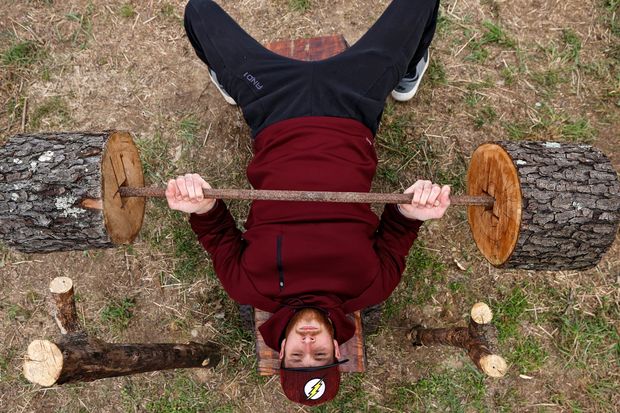 Are lumber prices signaling trouble ahead?

Michael Gayed, the man behind the risk-on, risk-off ATAC Rotation Fund ATCIX, and its whopping 50% return this year, is sounding the alarm on lumber prices and what they could mean for the broader stock market. “Nearly every major correction, crash, and bear market has been preceded by weakness in lumber,” he told MarketWatch on Thursday. “The collapse over the last few weeks is a warning sign that the storm may already be here.”

Lumber prices have, indeed, shown signs of weakness lately after kicking off a rally back spring that ultimately led to record highs amid optimism the U.S. economy, battered by the coronavirus lockdown, would bounce back. Gayed, in his widely followed Lead-Lag Report, warned last Friday of an imminent decline and positioned his fund accordingly. The call proved timely considering the direction of the major indexes earlier this week.

So what’s an investor to do in the current climate? Nothing too drastic, according to Gayed, but limiting exposure to riskier investments would be a prudent start.

“Not every storm guarantees an accident, which means it doesn’t make sense to make a bet shorting the market or going into cash,” Gayed explained. “Rather, it makes more sense to lower beta exposure by overweighting defensive areas, and tilting more towards traditional risk-off assets like Treasuries. Managing expectations is key here.”

This isn’t the first warning Gayed has issued in recent months. After cashing in on the March bottom by taking a risk-on approach to his portfolio, he told MarketWatch in August that the stock market has yet to fully react to the crisis facing the country.

“It is a wild time in the markets,” he said. “Despite a crippling global pandemic, where the U.S. is failing miserably at a response with daily record after daily record cases being broken, and a U.S. economy that seems to be teetering on the edge of yet another Fed Monetary Policy response, stock markets have not seemed to blink when recovering.”

There wasn’t much blinking in Thursday’s session, with the Dow Jones Industrial Average DJIA, +1.33% rebounding from this week’s declines with a triple-digit. The S&P 500 SPX, +1.59% and Nasdaq Composite COMP, +2.26% were also higher.

: Just launched: an ETF made for black-swan...