: This 25-year-old is now a billionaire, after his self-driving car company Luminar went public 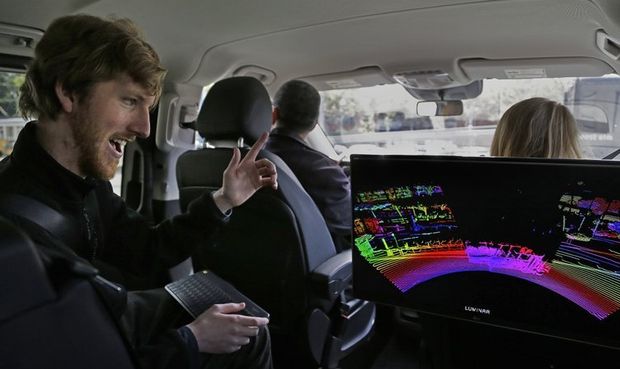 Russell joins a short list of people who have amassed a billion-dollar fortune before the age of 30. He founded Luminar in 2012 when he was just a teenager, leaving Stanford University to focus on his company.

“It’s been insanely intense, grueling…everything through every day that we’ve had to go through, scaling this up. And of course it’s incredibly rewarding to have an opportunity to be able to get out there now and get into the public markets and scale through this IPO SPAC,” Russell said in a recent interview with Forbes. “I’m still relatively young, but…a lot of blood, sweat and tears have gone into it. And I was fortunate enough to be able to retain a good enough stake.”

SPACs are essentially blank-check companies that raise money through an initial public offering (IPO) to make an acquisition.

Russell dropped out of college after receiving a $100,000 fellowship offering from PayPal PYPL, +1.50% founder Peter Thiel to build up his company. The Thiel Fellowship “gives $100,000 to young people who want to build new things instead of sitting in a classroom,” according to its website.

Russell owns 104.7 million shares of Luminar according to the proxy statement filed to the SEC, which would be worth over $3 billion as of Friday afternoon’s trading.

The California-based Luminar develops lidar technology — using lasers to measure distances — for autonomous driving. Other companies in the EV space like Tesla TSLA, +0.95% and Nissan NSANY, +3.25% have opted to use radar and GPS technology as opposed to lidar.

Tesla CEO Elon Musk has been critical of using the laser technology for autonomous driving, saying, “lidar is a fool’s errand, and anyone relying on lidar is doomed.”

Luminar Technologies Inc. shares rallied nearly 40% Friday, doubling in the first two days since the stock began trading on the Nasdaq COMP, +0.70% under the symbol LAZR.