Fresh off dismissing spying charges against two former Twitter employees and another individual on Tuesday, the U.S. government has unfurled a new superseding indictment that accuses the three individuals of even more offenses. The two former Twitter employees, Ahmad Abouammo and Ali Alzabarah, and the third person named Ahmed Almutairi were originally charged with fraudulently accessing private information and acting as illegal agents of a foreign government for allegedly spying on Twitter users critical of the Saudi royal family.

This time around, the individuals have been charged with seven offenses instead of two. The charges include acting as an agent for a foreign government without notice to the attorney general; conspiracy to commit wire fraud; wire fraud; money laundering; destruction, alteration, or falsification of records in federal investigations; aiding and abetting; and criminal forfeiture.


The factual accusations made by the U.S. government are largely the same when compared to the original complaint, with the two former Twitter employees still being accused of using their company privileges to provide non-public information of Twitter accounts to the Saudi government and royal family.

The original complaint had claimed that the two former Twitter employees accessed information such as telephone numbers, recent IP address information, devices used, user-provided biographical information, logs containing a user's browser information, and a complete log of a user's actions on Twitter without authorization or consent.

The new indictment also accuses Saudi officials of paying Abouammo at least $200,000, via wire transfer to a shell company and a bank account in Lebanon. It is also alleged that he was given a watch valued around $20,000. The amount stated in the original complaint was around $300,000. 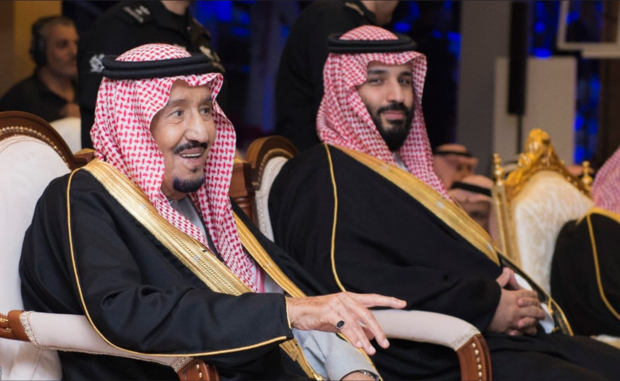 
The U.S. government is also accusing Abouammo of lying to the Federal Bureau of Investigation (FBI) about the money he received, the watch, and communications with Saudi officials. Abouammo allegedly lied to the FBI by not reporting the watch and provided a falsified, backdated receipt that showed a $100,000 payment from Saudi officials, which he said was provided in exchange for media consulting services.

The Dems must be crazy

U.K. leader tightens up COVID restrictions as virus surges back
2

Who Is Your "Grease" Pink Lady Alter Ego?
3

The Ratings Game: Nike stock surges 10% as fiscal 2021 revenue is expected to rise as much as low double digits
4

: Judge says Eric Trump must testify in New York probe prior to election