Two lions mauled and critically injured a zookeeper inside their enclosure Friday at a closed Australian zoo. Emergency services were called to Shoalhaven Zoo north of Sydney on Friday morning.

The 35-year-old woman suffered serious head and neck injuries, police and ambulance statements said. She was airlifted to a Sydney hospital and remained in critical condition. 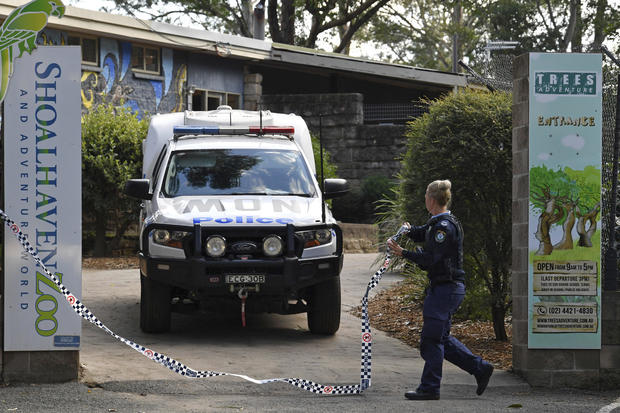 Police work at the Shoalhaven Zoo in Nowra, Australia, Friday, May, 29, 2020, where an animal keeper was mauled by two lions.  Dean Lewins / AP


The zoo is closed to the public because of coronavirus pandemic.

Ambulance officer Faye Stockman described the attack as "absolutely harrowing," adding it was frightening to be the first to walk into the enclosure to treat the zookeeper.

"This is one of the worst jobs I have ever experienced," Stockman said in a statement.

He said it was too early in the investigation to say whether the lions would be killed.

Another zookeeper suffered a hand injury at the same zoo in 2014 when a crocodile dragged him into water during a feeding show.

Coronavirus in one state (54)

Mail-in ballots are a real problem, said... the...

Jessica From "Love Is Blind" Has Found A New Love
2

The "eviction crisis" is looming this month